i have been noticing that most of the people stumbling upon this blog are actually looking for information about the HMV 102 gramophone i did up a few months ago...today i decided to do a short instructional on how to strip the entire thing down. (please click on the pictures to get a much bigger image!)

you will obviously need a flat head screwdriver, remove all the screws at the side and the two on the tonearm clip. remove the three screws on the tonearm base as well as having the tonearm out of the way would ensure you don't accidentally wreck it while moving the thing around. remove the circlip on the turntable and lift the whole thing off the gramophone. 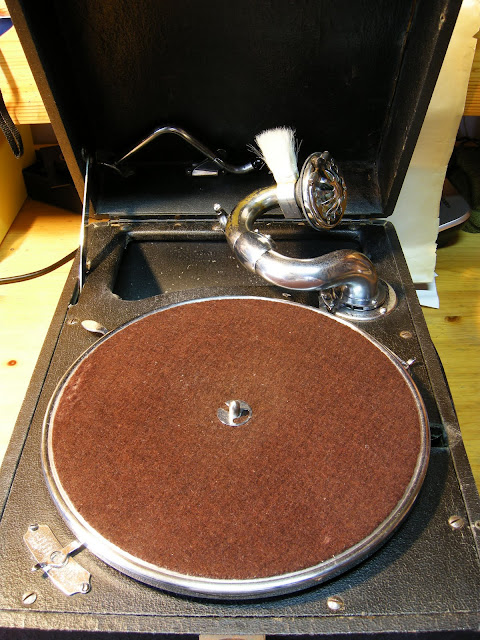 while doing all this, make sure you put all the screws and loose bits into a container of some sort as 50 year old screws are somewhat quite hard to find nowadays in the event one of them drops somewhere and disappear forever. 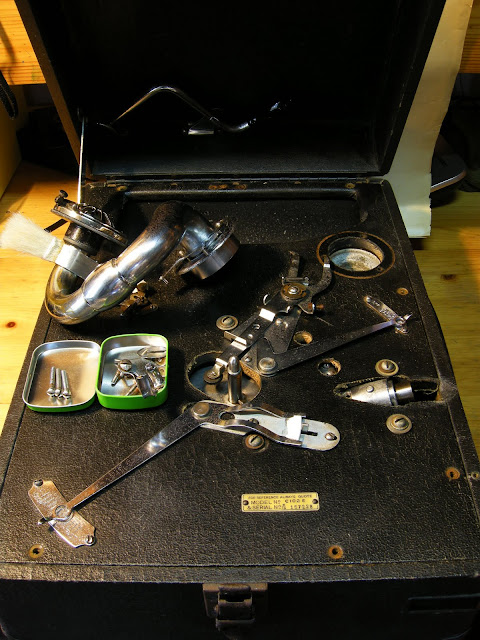 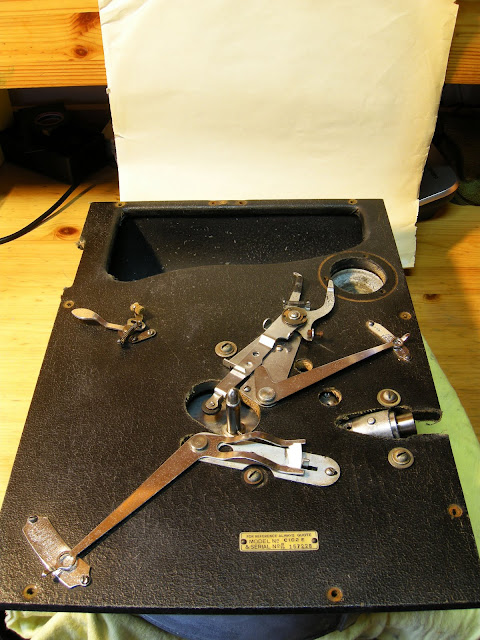 turn the motor upside down and you'll see three nuts that need to be removed. use either a small spanner or a pair of pliers and keep these in your safe place. 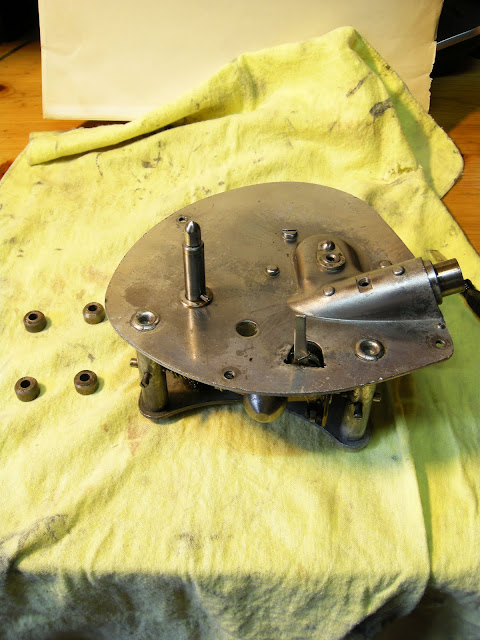 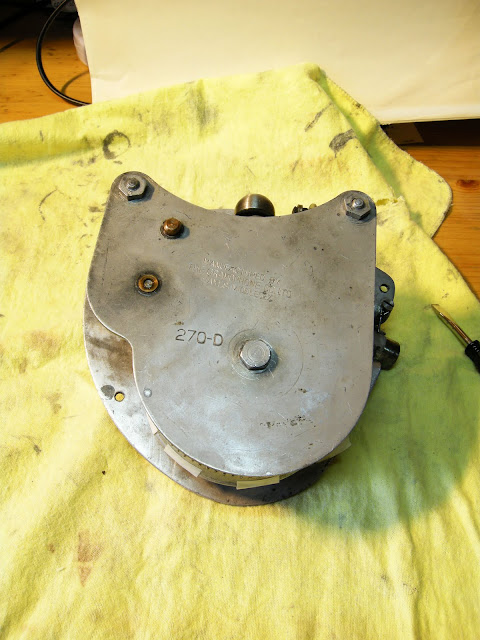 the bottom plate of the motor comes right off, but be careful at this point as the spring might/should have some power left uncoiled and might jump slightly if you're not careful (fingers beware).  the spring is kept inside the round container you see in the picture below, you would notice that my spring container has white tape all over it, and i'll explain why later. 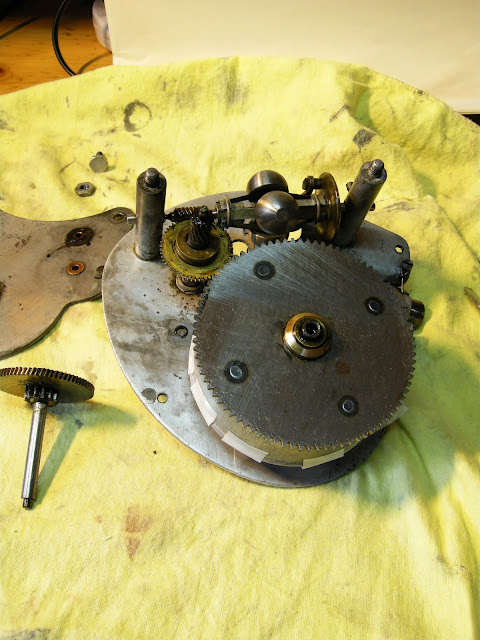 the spring container can be removed by simply pulling it upwards off the center shaft. the container is kept shut by a retaining wire that is hard as hell to remove, and once removed, hard as hell to put back without accidentally ruining it (which is what i did). the last time i opened this was to install a new spring, and it looks okay so i won't be showing how to remove it in this blog post (it's a b*tch, but it can be done with lots of patience and/or cussing). 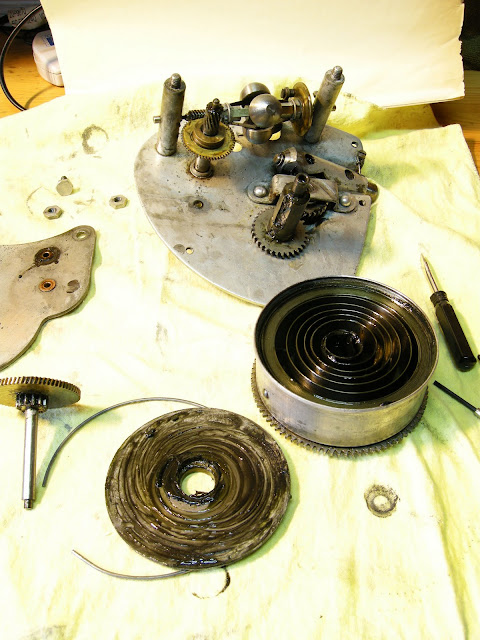 this part of the motor shown in the picture below is the governor and this is what ensures the spring doesn't uncoil all at once with a bang. how it works is that as the spring unwinds, the governor spins and the three metal weights you see would move outwards due to centrifugal force. as they move outwards, they move the disc towards the stopper (the black piece resting on the disc in the picture). the stopper restricts the distance the disc can move and the governor weights can't move any further and can't spin any faster either, thus giving you the desired speed. i realize i can't put it nicely in words so i provided a video for your better understanding. 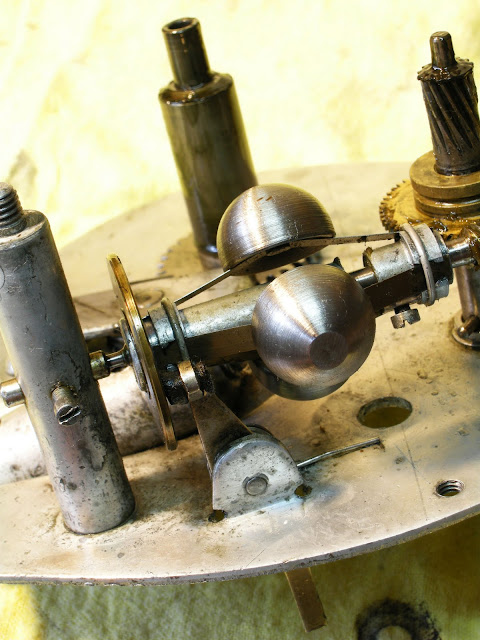 so, now to put back everything together! starting with the spring container, if and when you manage to get the retaining wire back into the little groove that originally held it in place, it will probably be out of shape and spring out of position the moment you let go and that's where the tape comes in! 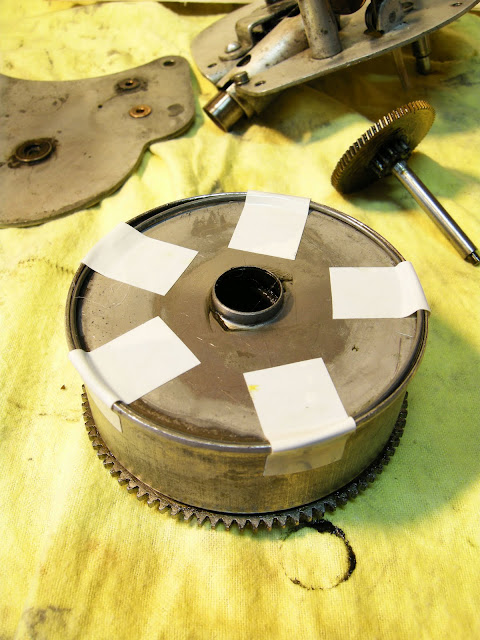 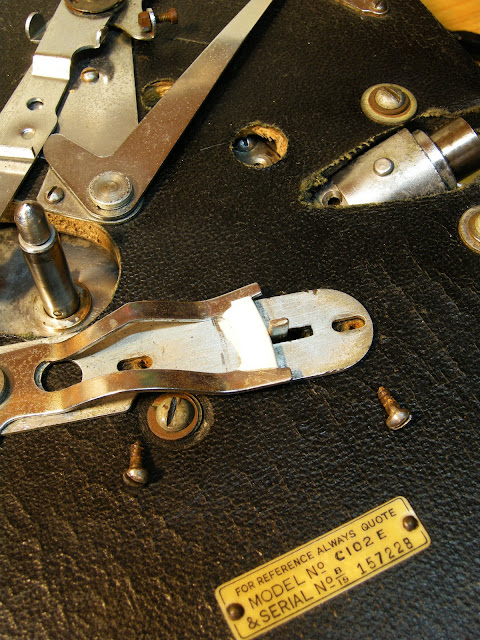 you can check your speed by using a strobe disc with the same hertz as your power mains. as i am in singapore, this would be 60hz. turn on some lights and shine them on the disc while the turntable is spinning. if the lines at the 78rpm mark are stationary then you know you're at 78rpm! takes some trial and error but you'll eventually get there! 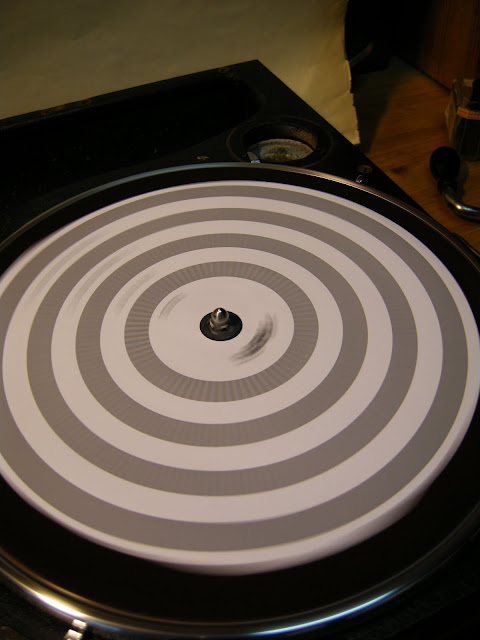 that's about it, i tip my hat (if i had one) to the engineers at HMV who designed this simple yet complex machine!

here's 'diamonds are a girl's best friend' by jo stafford:

(link to page 1/3 of HMV restoration)
Posted by P